The silence of the International community with regards to the Zaria massacre of December, 2015 is deafening. Not even the open confession of the government that it killed at least 347 of its civilian citizens without recourse to the law, nor the declaration that it secretly dug a mass grave, universally agreed a crime against humanity, in attempt to hide its criminality could elicit a deserved national and international outrage.

We reflect on this via a look back at a press statement in September: 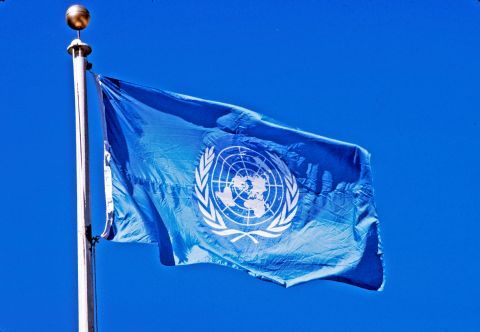 While the suffering and persecution of Burma’s Muslim Rohingya captured headlines and the attention of the United Nations High Commissioner on Human Rights, Nigeria’s far worse oppression of Shia Muslim minorities has been largely ignored. Credible human rights organizations such as Amnesty International, Humana rights watch and Islamic Human rights commission have on several occasions since the infamous Zaria massacre by the Nigerian army in December, 2015 condemned the barbarity displayed by the army on unarmed civilians with indisputable proofs, but to the chagrin of people of conscience the UN body has kept mute on the issue.

The most recent attempt by the human rights bodies to draw the attention of the world on the plight of the Shia minorities in Nigeria is the symposium conducted by the Amnesty International in Abuja during the commemoration of the International day of the disappeared persons. During the event family members of some victims of the forceful disappearance of members of IMN, widely known as Shiites during the Zaria genocide were present, likewise photographic and video proofs of the massacre were displayed to the public, but to the consternation of all, the international body is yet to take any concrete move on this brazen human rights abuse by Buhari administration.

It shouldn’t be forgotten that hundreds of innocent civilians have died and more have been injured or terrorized by Nigeria’s military acting under Buhari’s direction within two days only, precisely 12-14 December, 2015. We believe this genocide of Shia Muslim minority is not a “domestic” matter within the exclusive jurisdiction of Nigeria. Genocide is a crime against all of mankind which concerns every country. Hence we urged member states of the United Nations organization to hold Nigeria accountable for its crimes and not let the country get away with genocide.

Instead of providing president Buhari a megaphone, the United Nations should be expelling Nigeria from membership under Article 6 of the United Nations Charter. The United Nations Security Council (UNSC) should be referring the president and his henchmen like Army Chief of Staff Lt. General Tukur Yusuf Buratai and Kaduna state Governor, Nasiru Elrufai to the Chief Prosecutor of the International Criminal Court, Fatou Bensouda, to investigate for complicity in genocide.

The UNSC should also be imposing an arms embargo on Nigeria under Chapter VII of the United Nations Charter until the Zaria genocide is independently investigated and culprits brought to book. These sanctions against Nigeria would honor twin objectives of the United Nations: (1) “to establish conditions under which justice and respect for the obligations arising from treaties and other sources of international law can be maintained;” and, (2) “promoting and encouraging respect for human rights and fundamental freedoms for all without distinction as to…religion.”

In as much as the UN is to be blamed for its silence on Zaria massacre, the silence exhibited by the National assembly in Abuja is even more confounding. Of recent the senate president Bukola Saraki is reported to be decrying the military’s attempt to list IPOB among terrorist groups. We wonder where Saraki was when a worse treatment was visited on Shia Muslim minorities since December 2015 by the Army.

Where was Saraki when soldiers of the Nigerian Army killed over a thousand people in Zaria between December 12 and 14, 2015? Where was Saraki when El-Rufai proscribed the Islamic Movement in Nigeria and engaged the services of thugs to team up with security agents to clampdown on members of the Islamic Movement in Nigeria, killing, maiming as well as torching and destroying their properties?

Where was Saraki when a joint force consisting of the military, police and plain clothes security agents carried out the extra judicial killing of scores of Shia Muslim minorities in Funtua, Kaduna, Jos and other places in October, 2016? Was Saraki not in the country when police brutally killed over 30 people in November 2016 during the Arba’een trek in Kano?

This and many others make it difficult to resist the conclusion that there is a conspiracy of silence within the international human rights community and the various arms of governance in Nigeria as regards the persecution of members of IMN.

Nonetheless this will not deter us in the struggle for justice to the victims of Zaria massacre. We therefore once again reiterate our stand for the immediate and unconditional release of our leader, Sheikh Ibraheem Zakzaky, his wife, and hundreds of his followers languishing in various jails across the country. We also demand for the hundreds of bodies of IMN members killed by the Army for proper Islamic burial.

via Zaria Genocide: A Conspiracy Of Silence

This site uses Akismet to reduce spam. Learn how your comment data is processed.

International Quds Day 2019 in Kaduna, in spite of the Police raid