The Emir of Gummi, Justice Lawal Hassan Gummi (rtd.), says refusal to obey a court order is another form of corruption, noting that government must exemplify the change it promised before expecting citizens to follow suit.

He said disrespect for the rule of law, bad governance, disobedience to court orders, non- compliance with electoral regulations by political parties, godfathers hijacking the electoral process and dwindling confidence in the justice system posed threats to Nigeria’s democracy.

The monarch, who was the keynote speaker at the Barewa Old Boys Association annual lecture, held at the Umaru Ali Shinkafi Polytechnic, Sokoto, spoke on the topic, ‘The challenges of the judiciary to democracy: The Nigeria perspective.’

It has also produced three Chief Justices of Nigeria, three Inspectors – General of Police and four Secretaries to the Government of the Federation.

But in his address, Gummi described the judiciary as the watchdog of democracy, without which “reckless marauders will attack the society,” adding that an insecure judiciary is one of the greatest threats to democracy.

“The executive cannot play the role of both the accuser and that of the judge at the same time. It is an aberration in a democracy. National security cannot take precedence over the rule of law; rather, it should be guided by the rule of law.

“Any democracy where the executive tries to intimidate and harass the legislature and/or the judiciary into doing its bidding is a democracy under threat. In the same vein, it is not right in a democracy for the National Assembly to make governance difficult for the executive for pecuniary reasons.

“We all agree that we need change as promised by the government, but that change must first begin with them, then, you and me.” 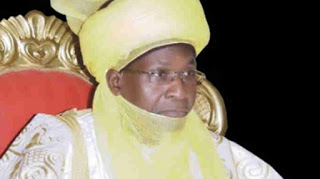 This site uses Akismet to reduce spam. Learn how your comment data is processed.

International Quds Day 2019 in Kaduna, in spite of the Police raid